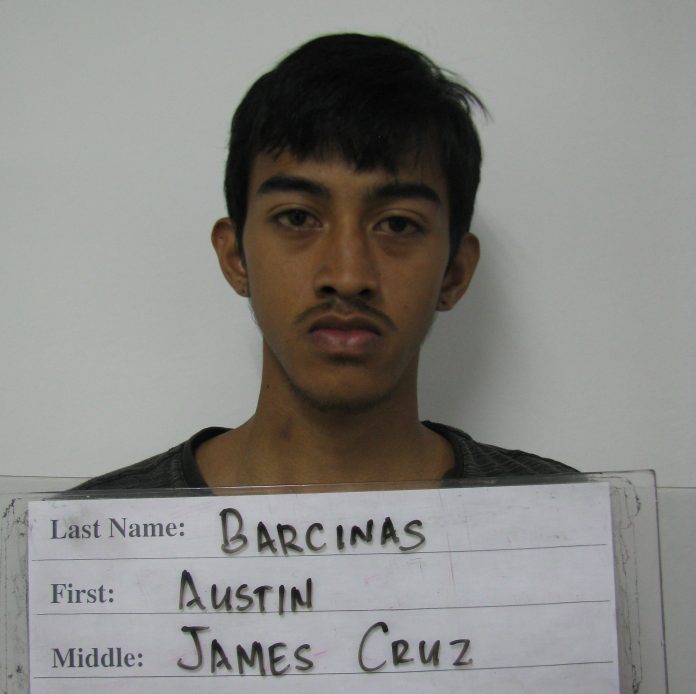 Austin Barcinas was found not guilty last month for the rape of a 39-year-old woman. But the Attorney General’s Office says he lied under oath when asked whether he had ever been questioned in any other crime.

Guam – A 20-year-old man who was acquitted last month of rape is back in prison for the alleged rape of a minor in a separate case.

Austin James Cruz Barcinas was arrested yesterday in connection to the rape of a 14-year-old girl dating back to June 2012, when Barcinas was 17 years old.

At the time the victim reported the crime, police say Barcinas denied the allegations and because police lacked evidence the suspect was let go. About a year later, Barcinas was once again accused of rape, this time involving a 39-year-old woman.

The victim accused him of forcefully raping her by placing her hands behind her head. That case involving the adult victim went to trial last month.

According to the AG’s Office, Barcinas testified under oath that he had never been previously questioned by police in any other criminal matter. It turns out that was a lie, the AG’s Office says, as he had clearly been questioned in 2012 for the rape of the minor. For that he was charged today with perjury.

In the rape case involving the minor, police say the victim had visited Barcinas’ residence and was drugged. When the victim woke up, she complained of pain to her private parts.

At the time Barcinas told police that there were four men home, including himself. All four men provided DNA samples and “results from the DNA analysis indicated, to a scientific degree of certainty, the DNA profile of Barcinas was the contributor of the DNA found on the victim’s underwear.” The remaining three men were excluded as DNA contributors of the sample found on the victim’s underwear.