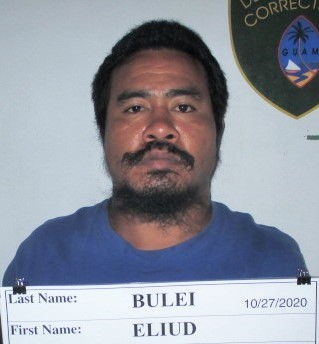 A man is in the custody of the Department of Corrections after he allegedly assaulted a woman known to him and threatened to burn down her home.

The victim told police that her relative, Eliud Dulei, was arguing with his girlfriend when he asked her if she wanted him to slap the victim and then threw a rock at the victim’s bedroom window.

Police were called to the victim’s residence where Dulei also resided on Oct. 11, at around 6:30 p.m.

The victim told authorities that Dulei slapped her across the face.

That same day, Dulei allegedly grabbed the victim by the neck, throwing her against the wall while continuing to hold on to her neck, the court complaint stated.

According to the victim, the assault didn’t stop there.

“He used his other hand to repeatedly punch her. He then picked up a wooden stick and repeatedly struck her with it. He also threatened to burn down the residence with a portable gas torch,” the magistrate report stated.

Dulei was charged with the following: