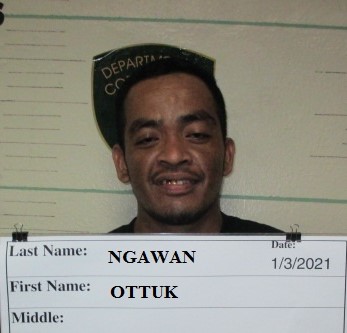 A man is behind bars on allegations that he punched and choked his girlfriend because “she doesn’t listen.”

Police asked Ottuk Ngawan if he had slapped the victim, Ngawan smiled and responded, “She doesn’t listen.”

The victim told police that Ngawan woke her up at around 4 am in the morning and asked her to get water. The victim filled a bucket with water but it was too heavy for her to lift. She told police that she asked Ngawan to help her. But when he came downstairs and saw the garden hose improperly attached to the water spout, he became angry.

Court documents state that he began punching the victim on the back and arms before strangling and threatening to kill her with a sharp object described as being a possible knife or piece of wood.

Witnesses stated that they heard the victim screaming and Ngawan shouting angrily. Children interviewed by police stated they heard popping noises that sounded like someone being punched.