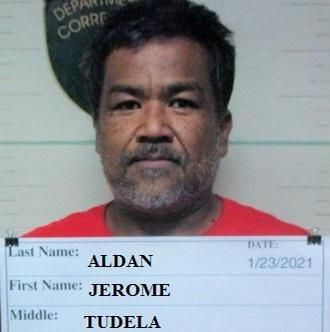 The Guam Police Department has arrested a 43-year-old man for strangulation.

Police say that on Friday, January 22, their officers at the Dededo precinct received a family violence complaint.

The victim’s daughter assisted the victim to the precinct because she was afraid but wished to speak to the officers at a residence other than her own.

The victim told police that two weeks ago, her boyfriend (later identified as Jerome Tudela Aldan) had strangled her by placing both hands on her neck and squeezing it tightly. He then allegedly lifted her off the floor and threw her into the bedroom.

According to court documents, there was a history of unreported verbal and physical abuse.

Aldan claimed he never assaulted the victim and only admitted to telling her he’d stab her in the neck.

He also admitted to knocking the victim out.