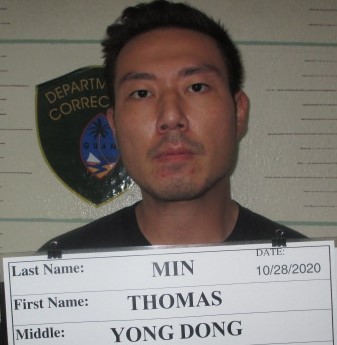 Police have arrested a man in connection with a threat made to a tenant of the Hakubotan building in Tamuning yesterday.

Police say that 32-year-old Thomas Yong Dong Min, made the threats, prompting GPD to take precautionary measures and closing down the building yesterday.

The complaint against Min charges him with reckless conduct.

It states that Min walked into his mother’s office, placed a bag on a table, and threatened to harm himself. He then pulled out a gun from the bag and pointed it at himself.

Attempts were made to relieve Min of the gun causing it to fall to the floor. The reporting persons told police that they feared for their safety after Min sent them a text message.

Min admitted to using a gun to scare his mother. He also told police that he snuck the gun out of a “crackhead” friend’s house and later returned it. Police could not locate the firearm.