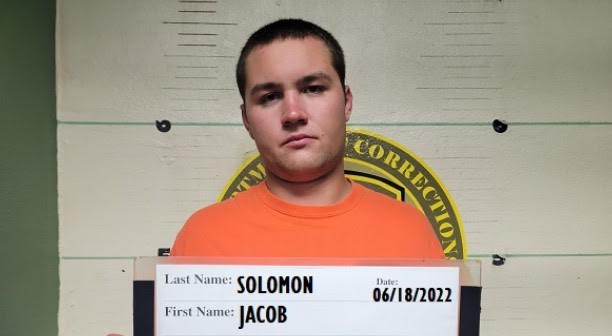 Jacob Solomon was arrested last Friday and is being charged for multiple felonies, including kidnapping.

PNC’s Don Sulat has the details on this story.

According to an official magistrates report – Solomon is being charged for the following:

Kidnapping as a 1st Degree Felony

Strangulation as a 3rd Degree Felony

and Interfering with the Reporting of Family Violence as a 3rd Degree Felony.

The magistrate’s report stated that last Friday, June 17th, at around 11:13 PM, officers responded to a reported disturbance at Tumon Horizon Condominiums.

The report further stated that officers were able to meet with Solomon, after numerous attempts.

Solomon, according to the report, was instructed to exit his unit and wait outside. One of the officers believed that another occupant, who was identified later to be a 23-year-old female, was in danger.

Officers found the female victim locked inside of a bedroom and appeared distraught and afraid.

According to the victim – earlier that day Solomon had picked her up and were heading to a beach when an argument ensued.

The victim reported that she told Solomon to drop her back home, but he refused and instead took him back to his residence instead.

According to the victim’s report, when Solomon forcefully took the victim to his residence, he took away her phone and repeatedly slapped her as well.

The victim also reported that Solomon had choked her to the point of losing consciousness before slapping her awake.

Moreover, the magistrate’s report stated that Solomon would repeatedly tell the victim multiple threats, going as far as saying that he should “kill her.”

The victim reported attempting to call for help, but Solomon would prevent it. The magistrate’s report concluded that the victim continued crying for help until GPD officers eventually arrived.