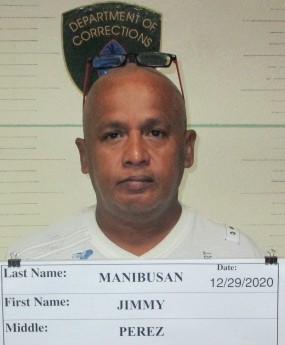 Police have made an arrest in a sexual assault case that was reported in August. According to the Guam Police Department, the suspect sexually abused two minor girls.

The first complaint involves the sexual assault of a girl who was 12 years old at the time of the abuse.

According to the complaint, the child was sexually assaulted more than once but less than five times by Jimmy Perez Manibusan. Court documents indicate that during the Easter break of 2018, then 12-year-old H.S. was asleep at a residence in Chalan Pago when she awoke to Manibusan on top of her.

Police say that Manibusan raped the child, only stopping when he heard individuals entering the residence. The young girl told police that the sexual assaults continued into her sixth grade year with inappropriate touching of the child while she slept.

On August 1st, police entertained another complaint against Manibusan. The victim was also a 12-year-old girl identified as A.S.

Court documents state, he made the child promise that she would not tell anyone.