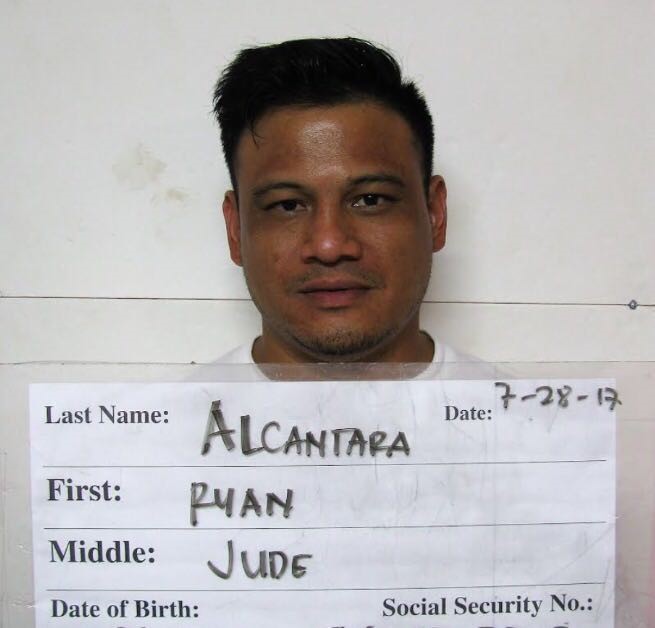 Ryan Alcantara, according to police, was seen dumping a black pouch out of his moving vehicle before he was pulled over.

Guam – A defective rear license plate light led Guam Police Department officers to the discovery of drugs and paraphernalia and the arrest of Ryan Jude Alcantara who told police that they should be looking for “bigger fish.”

According to court documents, GPD officers first noticed a vehicle driven by Alcantara without a working rear license plate light at which time the officers followed and attempted to pull over Alcantara who refused to stop and allegedly threw something out of his car window before slowing to a stop.

The area was searched, and a black pouch was discovered containing a loaded improvised pipe, numerous empty plastic baggies and straws. Alcantara denied ownership of the bag stating “that the item might belong to the people inside the house since they were druggies.”

But when officers asked if he would submit to a urinalysis, Alcantara stated that he would test positive for ice, further admitting to officers that he had a marijuana pipe in his vehicle. Alcantara allegedly told police “that he can’t do time and that the police should be looking for bigger ‘fish’ not him because he is ‘small time.’”

Alcantara was charged with possession of a schedule two controlled substance, eluding a police officer, defective license plate light, and possession of less than an ounce of marijuana.