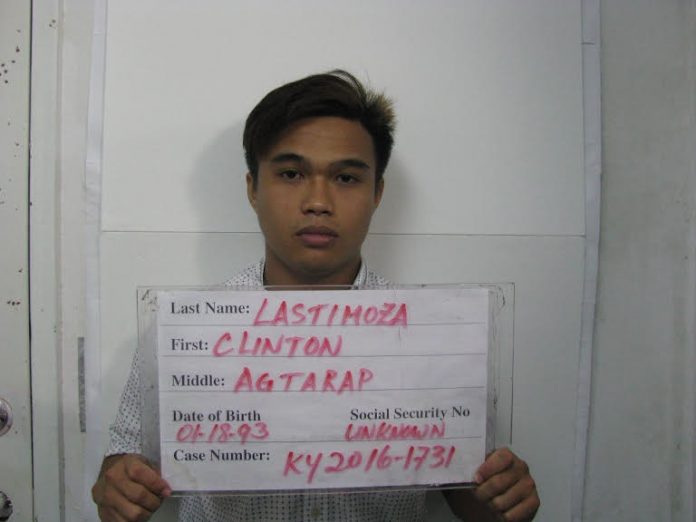 Clinton Lastimoza allegedly lied about his age so that the victim would continue to talk to him.

Guam – A 20-year-old man is facing criminal sexual conduct charges after he allegedly had sex with a 15-year-old girl he met through Facebook.

Clinton Lastimoza was charged in Superior Court with third degree CSC. According to a magistrate complaint, Lastimoza, who went by the alias Cita Kaiba on Facebook, sent a friend request to the minor last month.
The two then continued to message each other on Facebook then met about a week later in Dededo. Police say Lastimoza picked up the minor and the two had sex inside Lastimoza’s car. The victim told police that Lastimoza had her remove her clothes and had sex with her twice.
Police say the victim’s mother helped them identify Lastimoza through Facebook and that’s how police were able to locate the suspect.
When he was interviewed, police say Lastimoza admitted to messaging the minor on Facebook and that he knew she was only 15. Police also say that Lastimoza lied about his age to the victim “because he thought she would stop talking to him if she knew he was older.”