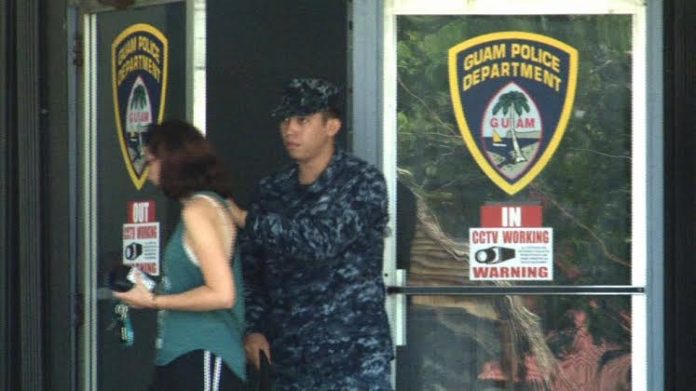 Emmanual Tan Mira Jr. was arrested for leaving his child unattended in a vehicle at the Department of Revenue and Taxation on Friday.

Guam – A 21-year-old man was arrested for leaving a 7-month-old baby unattended in a vehicle at the Department of Revenue and Taxation on Friday.

According to Guam Police Department Spokesperson Captain Kim Santos, at 12:15 pm on Friday, a man reported to the Highway Patrol Division Office that he found an infant, who was strapped in a car seat, left alone inside a parked Toyota RAV4 in the Rev and Tax parking lot. The baby was reportedly crying and sweating profusely. Santos states that officers managed to open one of the doors by reaching through the slightly open window. The baby was then transported to the Guam Memorial Hospital where he was discharged the same day, according to GMH Spokesperson June Perez. At around 10 this morning, police officers arrested 21-year-old Emmanuel Tan Mira Jr., who is not the father of the baby, but a friend of the baby’s mother. Mira was charged with Child Abuse and Leaving Children unattended in a vehicle. He was booked and released.