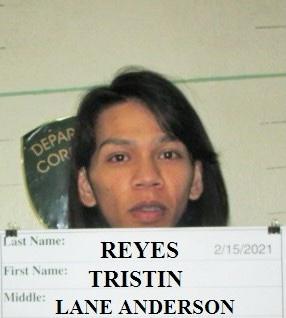 The Guam Police Department has arrested a 23-year-old man for family violence.

Police say that on Monday, February 15, their officers responded to a disturbance complaint at a residence in Piti a little before 7:30 p.m.

The victim told police that her son Tristin Lane Anderson Reyes had punched her in the back over an argument about headphones.

GPD noted a one-inch-long slight redness to the upper left back area.

According to court documents, the witness told police that she saw Reyes punch the victim’s back.

The witness also told officers that she witnessed the victim exit the residence to tell Reyes “you better have more respect around here.”

Reyes allegedly replied, “F—- you, you think I am scared of you?” court documents state.

Police officers met with Reyes, who denied punching his mother but said that they argued over her not allowing him to borrow the victim’s headphones, according to court documents.

Reyes has been charged with family violence as a misdemeanor.