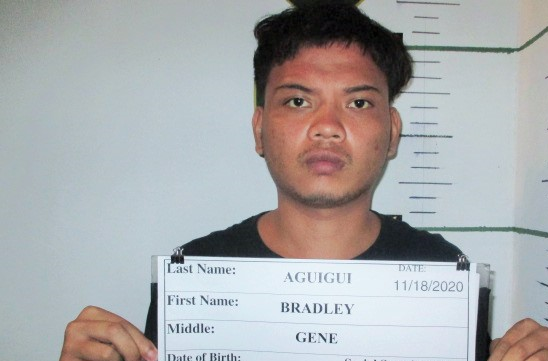 A man is behind bars for sending a lewd message to a 13-year-old girl over social media.

The complaint was filed against Bradley Gene Aguigui who is charged with electronic enticement of a minor, harassment, and violating a court order.

The 13-year-old minor told police that Aguigui was aware that she is underage, further telling officers that she was disgusted by his request.

According to the complaint, Aguigui sent a message to the minor requesting sexual favors in exchange for a hundred dollars.

The victim declined Aguigui’s proposition, telling police that he messaged her three times stating, “Please, come on, I’ll give you a hundred bucks.”

She also told police that Aguigui asked her not to tell anyone.

At the time of the commission of this crime, Aguigui was already on pretrial release for three counts of burglary as a second-degree felony.

He was ordered by Judge Benjamin Sison Jr. to not harass or molest any family or household member of the minor as part of his conditions for release.

For this new case, he was booked and confined.