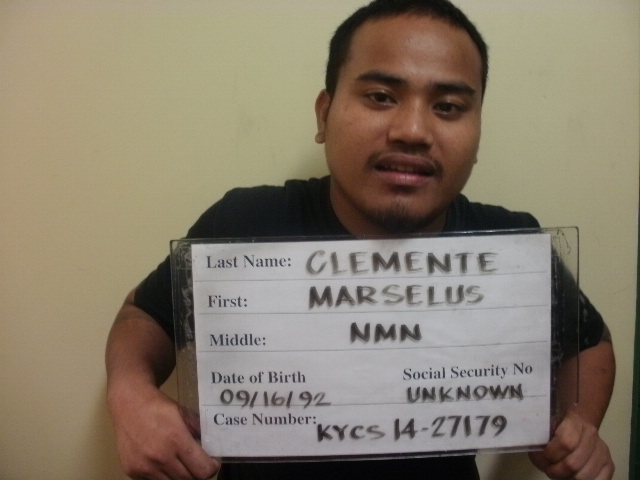 Marselus Clemente has been arrested for stabbing his brother in the early morning hours September 29 in Mangilao. He was booked and confined.

Guam – A man has been arrested for the attempted murder of his brother, Guam Police Acting Spokesman Officer Paul Tapao reports.

Tapao says it happened this past Monday at 12:50 am at the N&R Apartments in Mangilao. The suspect, Marselus Clemente allegedly was enraged and was swinging around a knife when he stabbed his brother in the upper left area of his chest.

The victim was conscious and responsive, says Tapao, but was bleeding from a 4 to 6 inch laceration. Guam Memorial Hospital Nursing Supervisor Cely Mangrobang says as of this morning the victim was in stable condition and has been moved to the “regular floor.”

Tapao says Clemente had fled on foot, but officers from the Criminal Justice Strike Force were able to locate him and the knife they believe was used in the altercation.

Clemente was charged with attempted murder, aggravated assault, use of a deadly weapon in the commission of a felony and family violence. He was booked and confined.