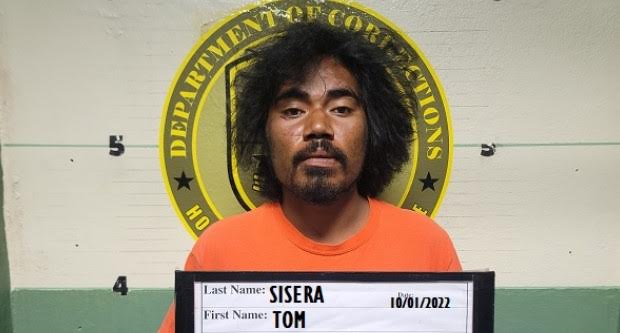 Earlier this week Officer responded at around 2 pm to a reported robbery at payless in Dededo.

A witness reported that a man, who was later identified to be Sisera, stole a Lion’s Club donation bucket containing money donated for helping public school children get eyeglasses.

The witness reported that while holding the donation bucket outside of Payless. Sisera grabbed the bucket out of their hands and ran off.

The witness further reported that he tried to have a strong grip on the bucket but, Sisera was able to get the bucket away from him.

Police observed a man, who fit the description of the robber, at the old flea market grounds.

Officers further observed Sisera placing a large amount of cash in the pocket of his shorts.

Court Documents say that Police confiscated the money as well as the aforementioned bucket.