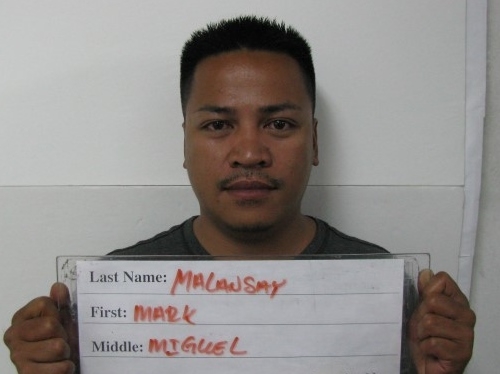 Mark Balansay allegedly threatened to shoot at people at the Bank of Guam.

Guam – The Bank of Guam enforced an active shooter alert for all their branches yesterday after an employee’s ex-boyfriend threatened to shoot at people inside the bank with his firearm.

According to police, Balansay’s ex-girlfriend reported him after her friends warned her that Balansay had made threats that he would go to Bank of Guam and confront her new boyfriend.

Another bank employee also told police that he received a phone call from Balansay who told him that he “had a gun and bullets and was getting ready to come down to the bank and pop off some rounds,” which the employee interpreted to mean as “shoot at people.”

Balansay’s ex-girlfriend told police that she was in fear and believed that Balansay was dangerous because she had previously witnessed him fire a gun at a ditch in celebration of New Year’s.