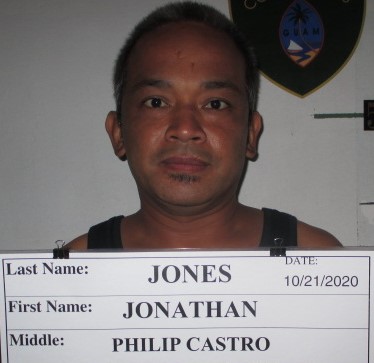 A man is back behind bars after he violated a court order to stay away from his estranged girlfriend.

The victim called police to report that her estranged boyfriend Jonathan Philip Castro Jones had called demanding food and money.

The victim, who was not home at the time, also reported that Jones was at her home when he called. She confirmed this, noting that the back door to her residence was ajar when she returned home.

The following day, Jones showed up again at her residence. She told police that he was inside her bedroom.

Police found Jones laying on the bedroom floor and took him into custody. The victim expressed relief telling police that she was scared of Jones.

Jones was arrested for violating the court’s restraining order.