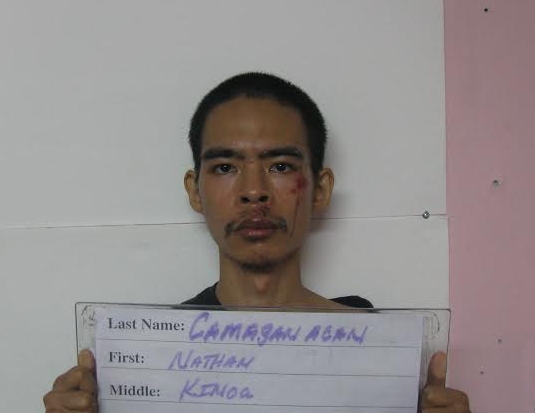 The man was seen on campus Friday evening by a passerby.

Guam – A 26-year-old man was arrested for breaking in and damaging several classrooms at Wettengel Elementary School.

On Friday, March 18 at about 10 pm, officers from the Dededo Precinct received an anonymous call about a man seen roaming around the Dededo campus.

According to GPD Spokesman Officer Paul Tapao, when officers arrived at the scene, a male individual was seen running from the rear side of the school towards the front gate. Officers, who were waiting outside the fence line, were then able to subdue the man who was later identified as Nathan Kinoa Camaganacan.

An inspection of the school was conducted by the officers and school officials at the scene where damage was noted in several classrooms.

Camaganacan was charged with Burglary, Criminal Mischief, and Crimes Against the Community. He was booked and confined.

The Guam Police Department would like to remind the community that they can play an active part in keeping their community safe by reporting suspicious activities to the police or they can call the Guam Crime Stoppers at 477-HELP. All calls will remain completely confidential. Another way in which they can keep their community safe is by forming a neighborhood watch program within their neighborhood.