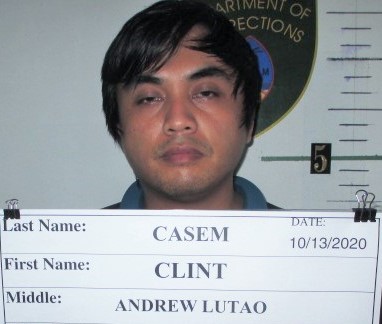 On Tuesday, October 13, a little after 1 p.m. GPD pulled up to a red Honda Civic parked along the roadway in Barrigada.

According to court documents, when officers approached the vehicle, the driver — later identified as Casem — seemed to be nervous.

A search was conducted after receiving consent from Casem.

Casem admitted to purchasing a gram of ice from a male individual near NCS mart in Dededo.