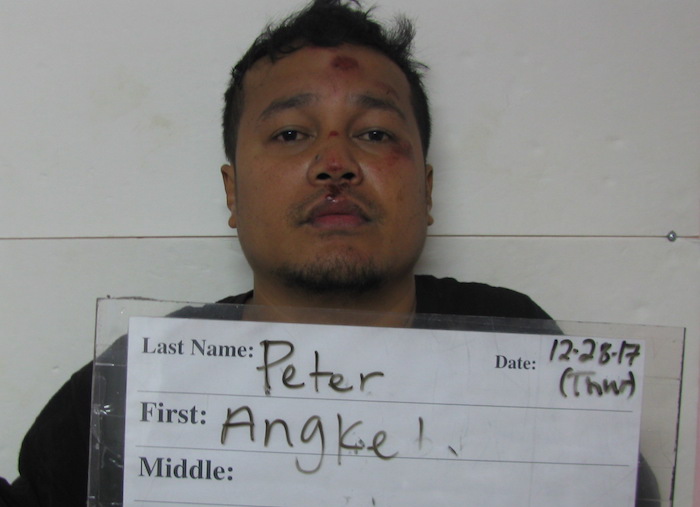 Police recovered a six-inch knife blade that appeared to have blood on it.

Guam – A man is behind bars after he allegedly stabbed another man while he was in a drunken state.

Angkel Peter was allegedly drunk when he was walking through a hallway in an apartment complex banging on the walls and the doors causing a disturbance.

It was during this time that the victim had asked him to stop. In response, police say Peter called the victim out to fight.

Court documents state that the victim saw Peter holding a “six-inch blade knife.” The victim was stabbed two times in the left arm.

According to police, they recovered the blade with what appeared to be blood on it.

Peter was charged with aggravated assault, possession or use of a deadly weapon in a felony and assault. He was booked and confined.