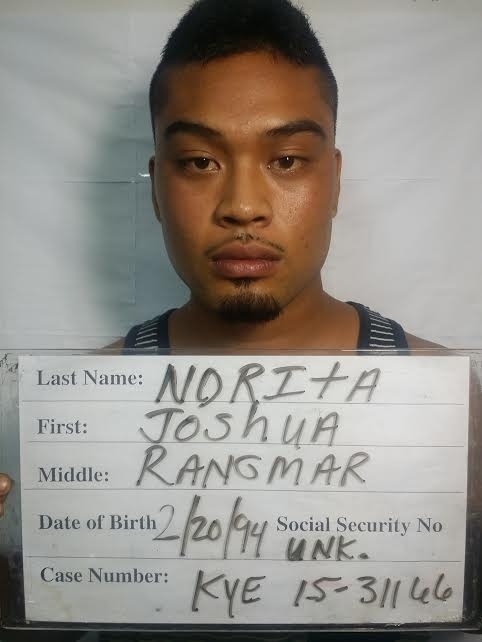 The man kept the pornographic video, despite telling the witness that the video had been deleted, court papers say.

Guam – A 21-year-old man has been arrested for possession and dissemination of child pornography.

According to court documents the incident began when police responded to complaints from Tiyan High School about possible child pornography. Police interviewed Tiyan High School’s Assistant Principle who revealed that the victim’s friends had heard rumors of a video in which the victim engages in oral sex with the witness who is another minor.

Police then reportedly interviewed the victim and her friends, leading to the discovery of Joshua Norita involvement.

Norita, according to police, later admits during an interview that he recorded the sexual act with his cell phone and that he kept the pornographic video after he told the witness it had been deleted.