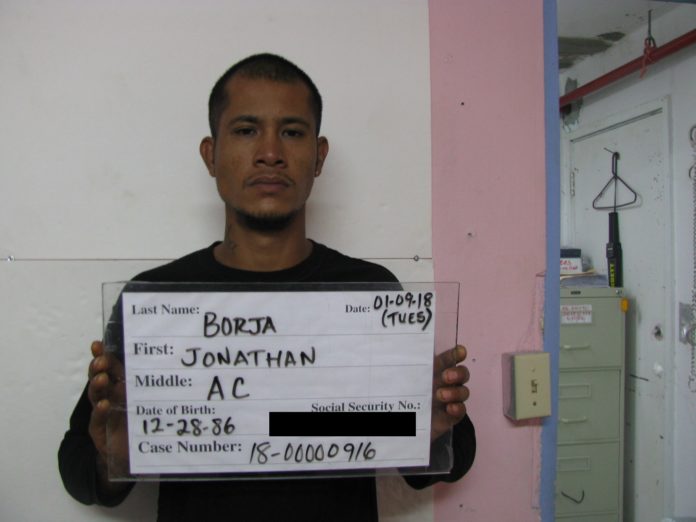 Court documents allege Jonathan Borja told his victim, “Tonight is the night you take your last breath and that no one will see you like this; I’ll say that you left.”

Guam – A man is behind bars after he allegedly assaulted his wife because she failed to cook him dinner.

Johnathan Borja was at home with his wife when he allegedly became upset that she did not cook dinner. According to the magistrate’s complaint, he began punching her in the face causing her to “black out” several times.

But that’s not all he allegedly did, police claim the victim accused Borja of striking her with a hammer on her left forearm—adding that it may be broken as a result of the blow. Court documents further allege Borja told his wife, “Tonight is the night you take your last breath and that no one will see you like this; I’ll say that you left.”

He was charged with family violence, aggravated assault with a special allegation of use of a deadly weapon in the commission of a felony. Borja was booked and confined.