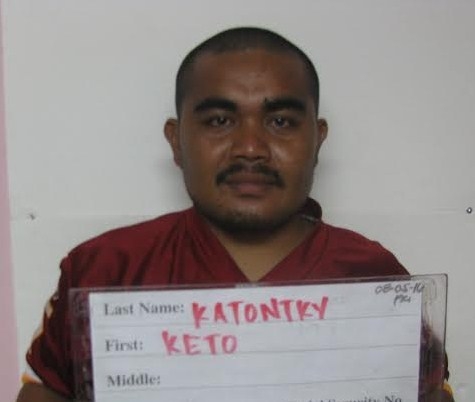 Guam – A man who broke into a house and fondled a sleeping woman is now facing charges of home invasion and criminal sexual conduct, among other charges.

Keto Katontky, 22, according to police, broke into one of the units at the Hemlani Apartments in Tamuning early Friday morning, went into the bedroom and began molesting a woman who was sleeping on the bed.

The victim told police that she woke up to a stranger fondling her. She screamed for help and her boyfriend, who was asleep next to her, woke up and subdued Katontky, a magistrate report states.

Police say the woman’s boyfriend held the intruder in place until police arrived.

Police say Katontky could not recall how he made his way to the Hemlani Apartments, but admitted that he had been drinking at the Alupang Cove pavilions earlier in the evening.

Katontky also reportedly told police that he works as a cook at a local restaurant and sometimes spits in the food that’s served to customers.