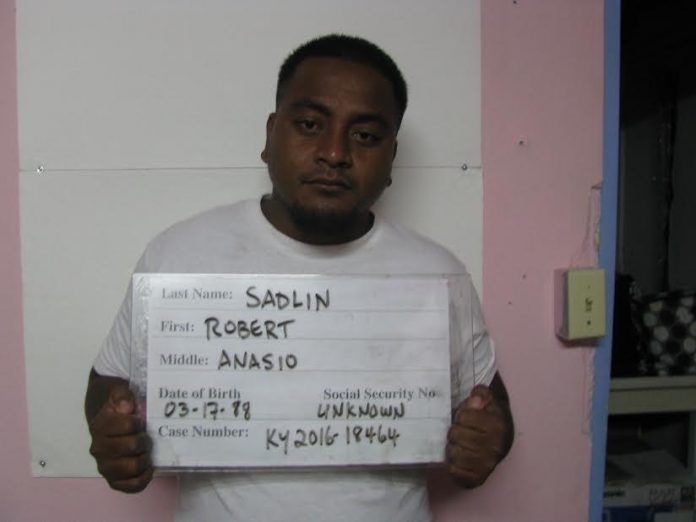 According to a magistrate’s complaint Robert Anasio Sadlin is accused of shooting stainless steel nuts at another man in Dededo.

Guam – A man has been arrested and charged with assault with a deadly weapon for using a slingshot.

According to a magistrate’s complaint Robert Anasio Sadlin is accused of shooting stainless steel colored nuts at another man in Dededo. The victim told police that he was sleeping outside in the covered patio of his residence when he felt pain on the right cheek of his face. According to the report the victim awoke and saw Sadlin aiming a slingshot towards him. Sadlin allegedly shot the sling shot another three times but missed. The officers noted an abrasion on the right cheek area of the victims face. Sadlin was charged with aggravated assault as a third degree felony and charged with the special allegation of possession or use of a deadly weapon in the commission of a felony.