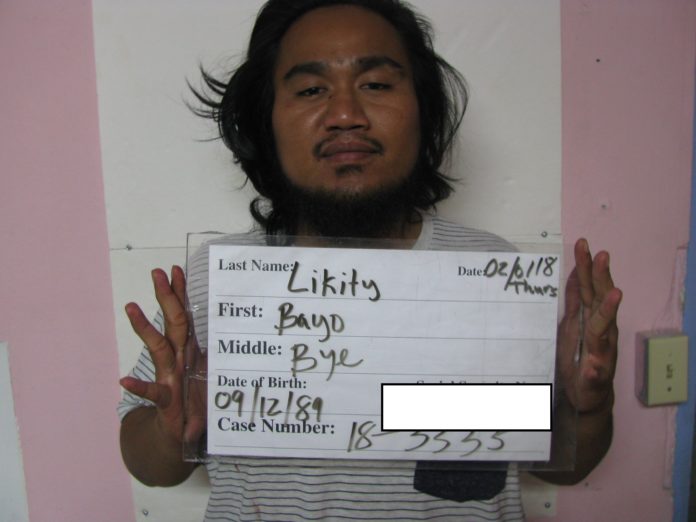 Guam – The attorney general’s office is charging a man with carjacking despite no vehicle being stolen.  While this may sound odd, a magistrate complaint details the basis for the charge.

According to court documents, Bayo Bye Likity approached a man who was asleep in a vehicle parked at the Dededo 76 gas station. Police say that Likity first asked the victim to move his vehicle closer to the gas station because it was apparently blocking traffic. After the vehicle was moved, court documents state that Likity approached the victim again.  This time, he allegedly asked the victim to buy something for him. At that point, the victim asked Likity if he took the money from his wallet.  Instead of answering, the victim alleges Likity punched him several times through the car window before fleeing the scene.

An hour and half later, police located Likity near the Funland game room and was taken into custody. Police say he admitted to fighting with the victim, but denied stealing any money. Officers indicated Likity did have money on his person but could not provide an explanation as to where he obtained the money, further citing that he is unemployed.

According to court documents Likity has been charged with Carjacking as a result of the victim being present in the vehicle during the commission of the alleged offense. He is additionally charged with burglary, assault and theft. He was booked and confined.