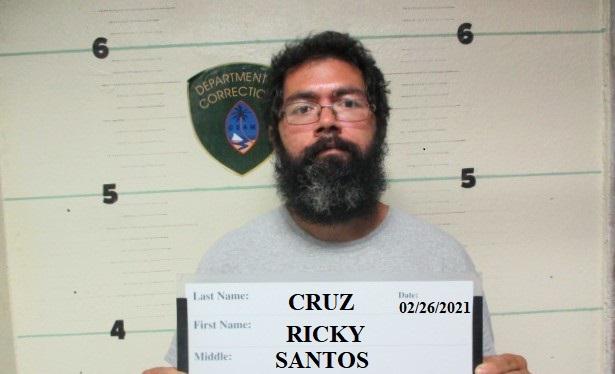 Police say that on Friday, February 26, their officers at the Dededo precinct received a walk-in criminal sexual conduct complaint.

The reporting person told GPD that her 12-year-old daughter told her that she scolded her younger sister for being close to Ricky Santos Cruz.

When asked why, her daughter said that it was because Cruz “touched her privates” six years ago, court documents state.

Officers asked Cruz if he knew why he was being interviewed, he said “For the things I did in the past.”

When asked for clarification Cruz allegedly stated he touched the victim in a sexual manner, court documents state.

Cruz has been charged with 3 counts of second-degree criminal sexual conduct as a first-degree felony.