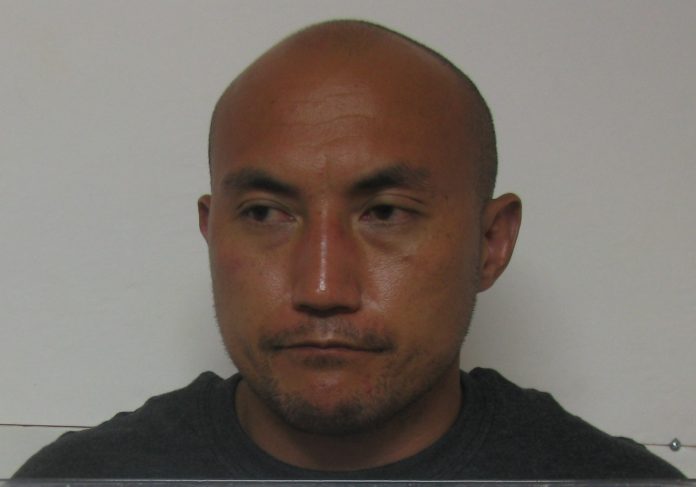 Jayson Francisco Song was busted in a local supermarket parking lot in December 2016.

Guam – Jayson Francisco Song appeared in Superior Court to schedule a trial date for his sexual assault case. According to his attorney, Howard Trapp, Song has had no problems since his release.

In December 2016, a photo circulated on social media of police officers with their guns drawn at a vehicle at the Oka Payless parking lot shows police apprehending an alleged child rapist who had been on the run.

The Guam Police Department’s Domestic Assault Response Team, or DART, had been searching for Song since August 2016 after a 17-year-old girl reported to GPD that Song had sexually assaulted her several times during the course of a day.

According to court documents, Song had threatened the girl with a knife to enter his vehicle, where he coaxed her into smoking a crystallized substance and sexually assaulted her.

When police interviewed Song, he alleged the sex was consensual and that the victim asked him to smoke “ice” that day. He also claimed that the allegations against him were only being made because the victim’s mother was blackmailing him for money.

Jury selection and trial has been scheduled for July 12 at 1:30 p.m. in Judge Vernon Perez’s courtroom.