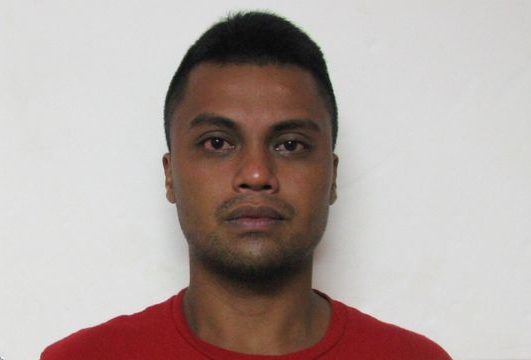 Guam – Was the threat real or is one man tweaking on phantom menaces? Jovencio Romp Camacho allegedly told police that he was being targeted by unknown individuals because he had knowledge of a murder, but it appears that the revelation was brought on by drug induced paranoia.

This is apparently what may have occurred to one man who was high on ice. Camacho had called the cops three times yesterday in fear that unknown men were outside his home.

According to court documents the first call came in before 3 a.m. When police arrived Camacho told them that the neighborhood dogs were barking at men in the jungle. When officers conducted a check of the area it revealed nothing.

An hour later, Camacho once again contacted police, this time indicating that men were banging on the windows and doors of his home. But once again when police arrived no evidence of his claims could be verified.

While at Camacho’s residence police say that he told them unknown persons were looking for him because he had knowledge of a murder, further indicating to officers that his neighbor had placed the murder victim’s body in the trash. Authorities checked the trash bin finding nothing.

At this time police say that Camacho yelled “See! The blood is all over everything.” But the officers did not observe any blood in the trash bin.

A third call came in shortly after 4 a.m. This time Camacho alleged that the men terrorizing him were outside his home armed with guns. He also told police that he had armed himself to protect his family. When police arrived, Camacho allegedly exited the residence stating “They’re out there! They have guns. See, I have my gun.”

But according to police, Camacho was not holding a gun but a yellow vase. Apparently suffering from paranoia, authorities gained permission to search the home where they discovered an improvised glass pipe with methamphetamine residue.

Following the discovery, police took Camacho in for further questioning, during which time he allegedly admitted to purchasing the glass pipe and methamphetamine for $40 on Monday.

He further admitted to smoking the drug and being awake for two to three days, according to police.

While authorities can’t say for sure whether Camacho was suffering from a drug-induced paranoia, studies have shown that a number of illicit drugs can cause hallucinations.

A study by the National Institute of Drug Abuse found that methamphetamine users may display a number of psychotic features, including paranoia, visual and auditory hallucinations, and delusions.

Camacho was charged with possession of a schedule two controlled substance and filing a false police report. He was booked and confined.