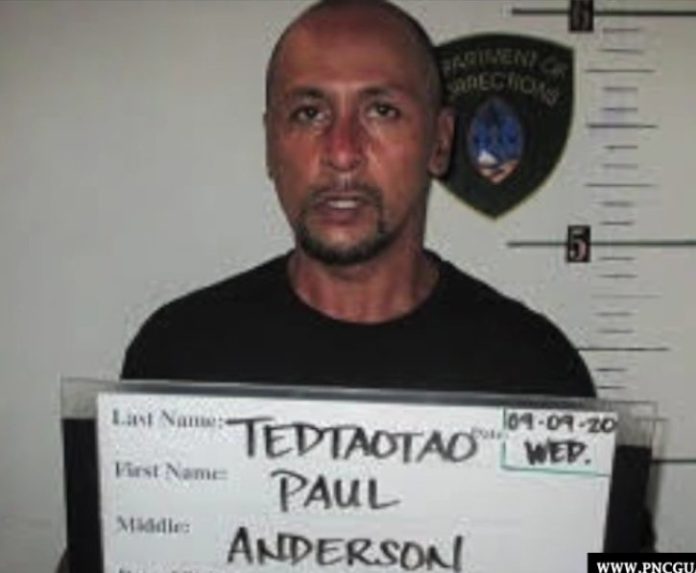 A man was detained at the Guam international airport after drugs were found in his bag.

Paul Anderson Tedtaotao arrived on UA Flight 201 from Honolulu, Hawaii on September 8th. While he was being processed through Customs, he was referred to the secondary counter for baggage inspection.

Tedtaotao’s black gym bag was searched by Guam Customs and Quarantine officers. According to the complaint, officers found a plastic baggy with methamphetamine hidden inside a pair of white socks.

Tedtaotao told police that he packed the bag himself. Tedtaotao was arrested for possession of a controlled substance on board an aircraft arriving on Guam as a first-degree felony.

He was also charged with possession of a controlled substance as a third-degree felony. He was booked and confined.