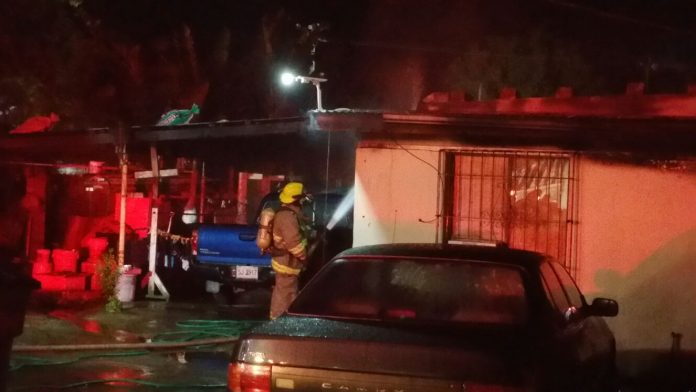 Guam – Medical Examiner Dr. Aurelio Espinola say 45-year-old Ernesto Tapang Jr. died as a result of the fire that was reported in Dededo on Saturday morning.

Dr. Espinola says the cause of death was asphyxia due to carbon monoxide and soot inhalation. He says Tapang also suffered from first and second degree burns to 85 percent of his body.

Dr. Espinola could not determine the manner of death, such as homicide, accident, or undetermined. This is because he says the Guam Fire Department has not yet determined the cause of the fire.

The blaze was reported around 3:30 in the morning Saturday in Machanao Dededo. GFD Spokesperson Kevin Reilly says eight occupants were able to escape without injury.

When firefighters arrived they were notified that there was still one occupant inside the home. Rescue crews were able to retrieve the victim, but withheld lifesaving measures because they determined he suffered injuries beyond resuscitation.

Read the statement from GFD below:

The fire investigation is still ongoing at this time. Determining the cause and origin is a difficult task and the GFD will not be able to release their findings until they are satisfied that a thorough and accurate investigation has been performed.