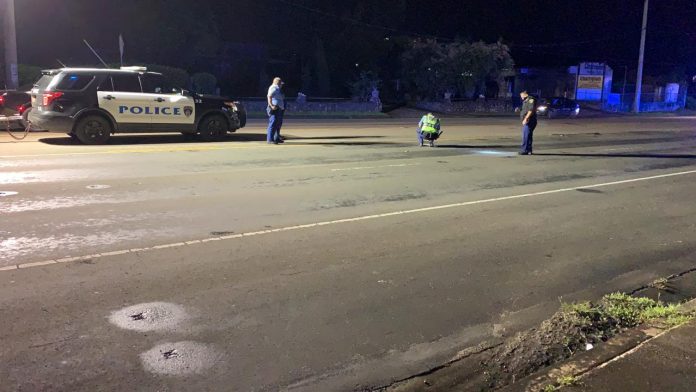 Guam – An unidentified male individual was struck by a vehicle in Mangliao just before 11 this evening.

PNC’s Chirag Bhojwani is on scene of an auto pedestrian crash where GPD units are assessing the scene. It appears that the male pedestrian may have been struck by a silver Dodge Ram, as severe front damage to the vehicle was observed. A witness at the scene described hearing a loud bang at the time of the crash.

According to GFD, the call came in at 10:54 this evening. A male individual hit by a vehicle on Route 10 and American Medical Clinic.  Five minutes later GFD units were on scene. GFD stated that CPR was conducted on the male victim as he was transported to Naval Hospital. His condition is unknown at this time.