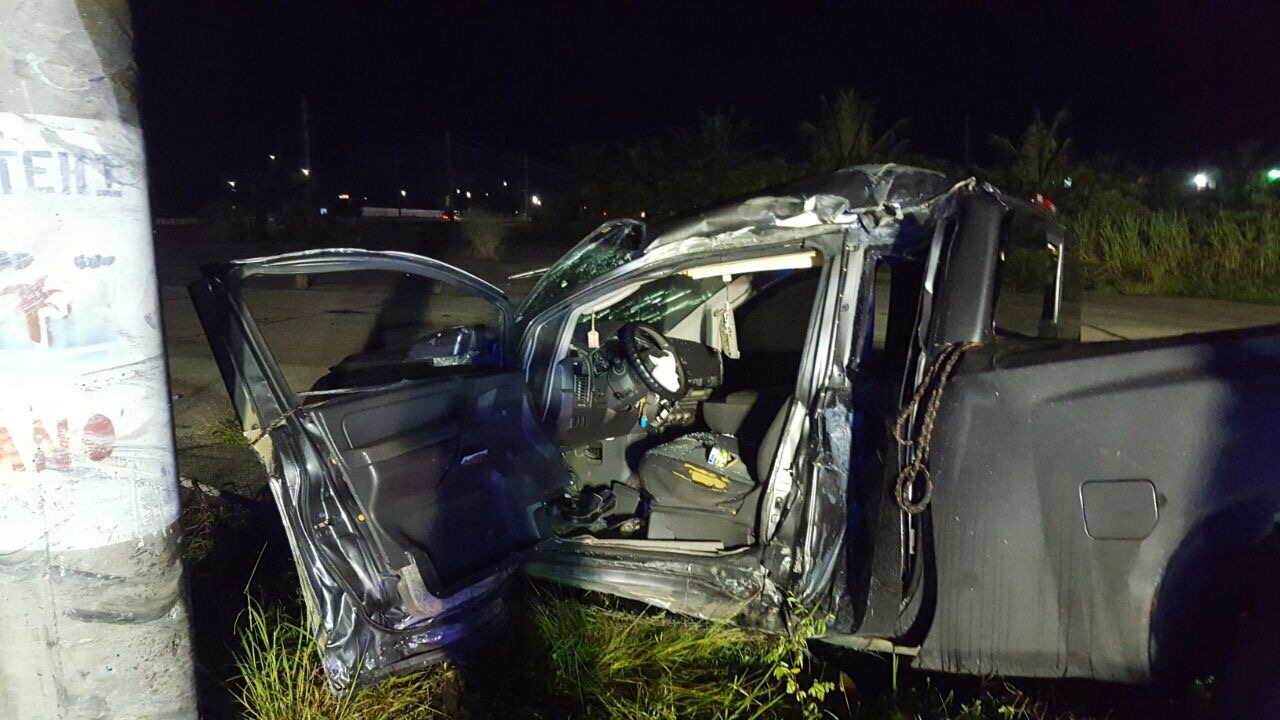 The victim was the lone occupant of the vehicle at the time of the crash.

Guam – A 66-year-old man has died following a crash along Harmon Loop Rd. early this morning.

The driver of the vehicle was headed toward Rt. 1 when he lost control of his 2004 Nissan Titan, ran off the roadway and crashed into a concrete power pole.

Balajadia says the victim was unconscious and unresponsive when authorities arrived. Medics performed CPR en route to the Guam Regional Medical City where he was pronounced dead about 20 minutes later. Medical Examiner Doctor Aurelio Espinola has not determined the exact cause of death.

“The roads appeared dry at the time of the crash and the operator appeared to be the only person in the vehicle,” said Balajadia.

GPD’s Highway Patrol Division is conducting an investigation at this time.