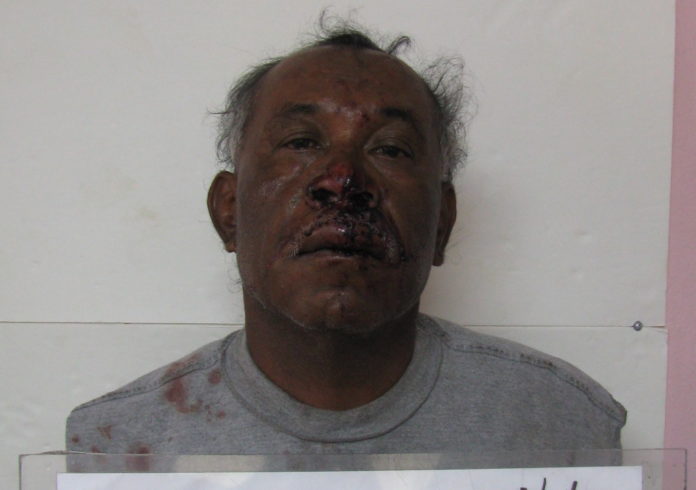 Guam – A man who allegedly broke into a residence and inappropriately touched a young girl while he was intoxicated has been arrested by local authorities.

George Michael also known as George Mikel was found by police laying on the ground near an apartment complex highly intoxicated, according to court documents. But how he got there is what has landed him in jail.

Court documents state that Michael broke into one of the residences at the apartment complex, gaining entry through a window. While he was inside the home it is alleged that he grabbed a 9-year old girl’s leg, lifted her skirt then grabbed and pinched her genital area, waking the victim.

Police say that Michael fled and jumped out of another bedroom window after seeing the victim’s stepfather asleep on the bedroom floor.

Police say that when they discovered Michael, he apologized. He has been charged with home invasion, criminal sexual conduct and public drunkenness.