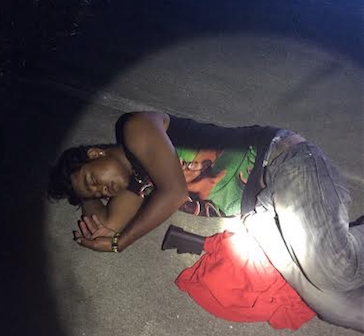 The man was identified as Adriano Reselap.

Guam – Police have arrested a man who was found asleep on the ground–with an assault rifle beneath him. When asked about the rifle, the man said it was ‘for the chamorros.’

According to a magistrates report, at about 5 a.m., police received a call of a person running in and out of a busy road near the Harmon Loop. When officers arrived at the scene, they found Adriano Reselap lying on the ground near the Harmon Loop on top of an AM 15 assault rifle.

The report states that the rifle was ‘with rounds chambered and the safety switch in the firing position.’ Police revived Reselap and said he appeared to be ’emanating the odor of intoxicants.’ Reselap told police he did not possess a Guam Firearms Identification card and when asked why he had the rifle he said it was ‘for the chamorros.’ Reselap also told police he had consumed a 12 pack of beer.