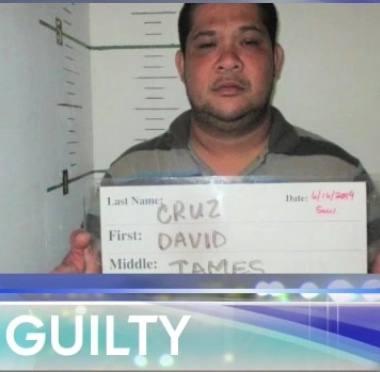 A verdict has been reached in the case involving a man accused of repeatedly raping his step-daughter.

David James Cruz has been found guilty on all counts of criminal sexual conduct. After a week of witness testimony and nearly two days of deliberations, the jury reached a unanimous verdict.

Cruz’s attorney Peter Santos said: “We are disappointed and my client maintains his innocence. We are reviewing the case for possible basis for appeal.”

The charges stem from sexual assaults which began in 2012, when the victim was 12 years old and ended in 2019 when the victim spoke out. Prosecuting Attorney Lenny Rapadas said: “The victim was very brave to come back, face the defendant, and relive the horrific events that took place. It takes a special inner strength to do that.”

In light of the victim being off-island, Superior Court Judge Vernon Perez ordered that Cruz remain on house arrest pending sentencing. Cruz faces 15 years to life in prison without the possibility of parole. A sentencing date has been set for April 12.