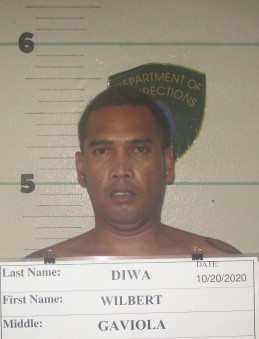 A man is believed to have been under the influence of drugs when he terrorized his parents Monday evening. He is now behind bars.

37-year-old, Wilbert Gaviola Diwa was acting strangely, making his family believe that he was under the influence of drugs.

Police say Diwa’s father said Diwa picked up a bottle as if to strike him and called him “Lucifer” and “Demon.”

Diwa’s parents retreated to their bedroom and locked themselves inside, as their son followed them armed with a knife.

Police say Diwa attempted to kick down the door but was not able to get through.

“The whole time Diwa was yelling Demon, Lucifer, I’m going to kill you both,” stated the complaint.

Police stated that after He went out to the kitchen where he came into contact with Lucifer, the Devil. The devil then took his father and he tried to get it back. He then attempted to hit Lucifer but realized Lucifer was his father. He then turned his attention to the family and started scaring them with a knife.”

Diwa was booked and confined on charges of terrorizing and family violence.