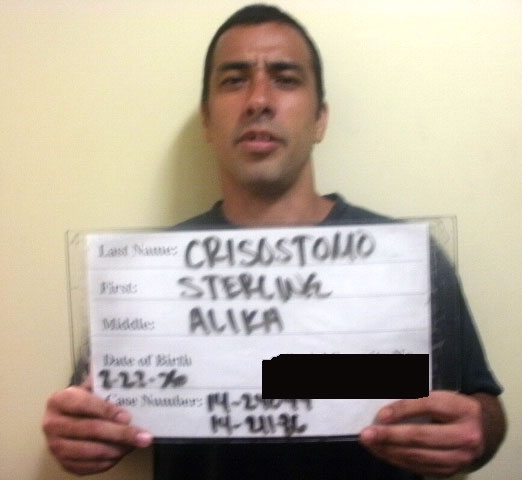 Sterling Crisostomo is accused of barricading himself inside the Dai Ichi Condominiums. Negotiations lasted for two hours before Crisostomo let police in.

Guam – A man who’s serving probation on child abuse charges stemming from last year has found himself in some trouble again after police say he barricaded himself and his family inside of a residence in Tamuning last night.

Last year he was arrested after he allegedly starved his children and locked them inside their home for several weeks. Police had accused him of forcing his children to urinate in cups.

Under the terms of his plea agreement, Crisostomo was not allowed to harass, physically strike or threaten any of the victims in the case.