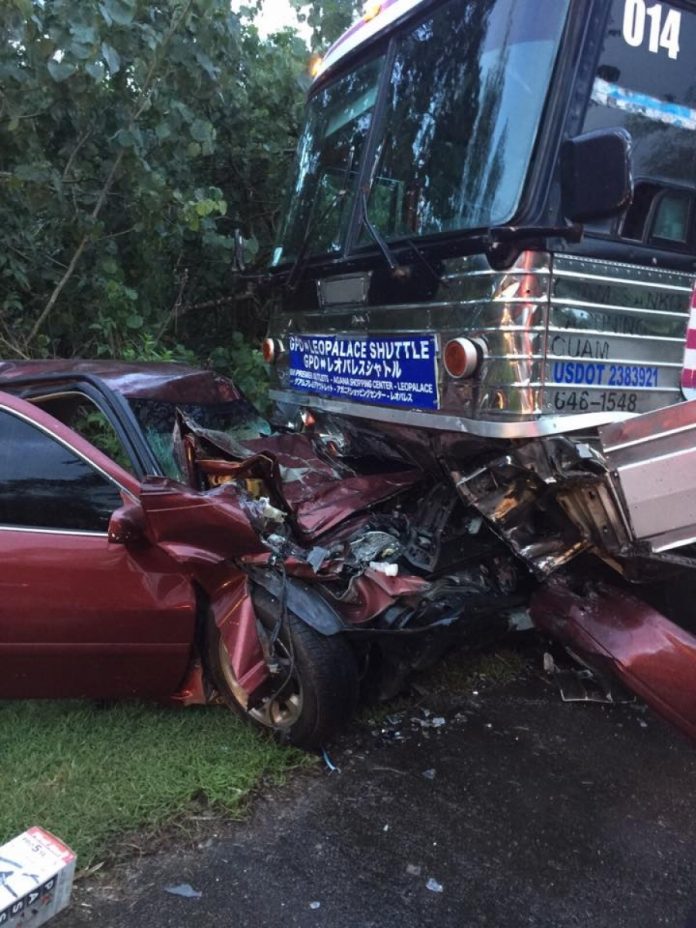 Guam – Guam Medical Examiner Dr. Aurelio Espinola says the man who was killed in an auto versus bus crash on Saturday near the Leo Palace Resort died of a broken neck, crushed head and crushed chest.

Dr. Espinola identified the fatal crash victim as 48-year-old Michael Cepeda. Guam Police Spokesman Officer AJ Balajadia says the crash occurred around 5:30 pm when Cepeda lost control of his 2000 Toyota Camry headed south and encroached onto the opposite lane, colliding with a 1990 MC9 Guam Sanko Bus that had 10 passengers on board.

Dr. Espinola says Cepeda, who was alone in his vehicle, was killed instantly in the crash and was not wearing a seat belt. Eight of the 10 passengers on board were taken to the Guam Memorial Hospital and were treated and released the same evening.

Dr. Espinola tells PNC that further testing is being conducted to determine if Cepeda had any alcohol in his system during the crash.