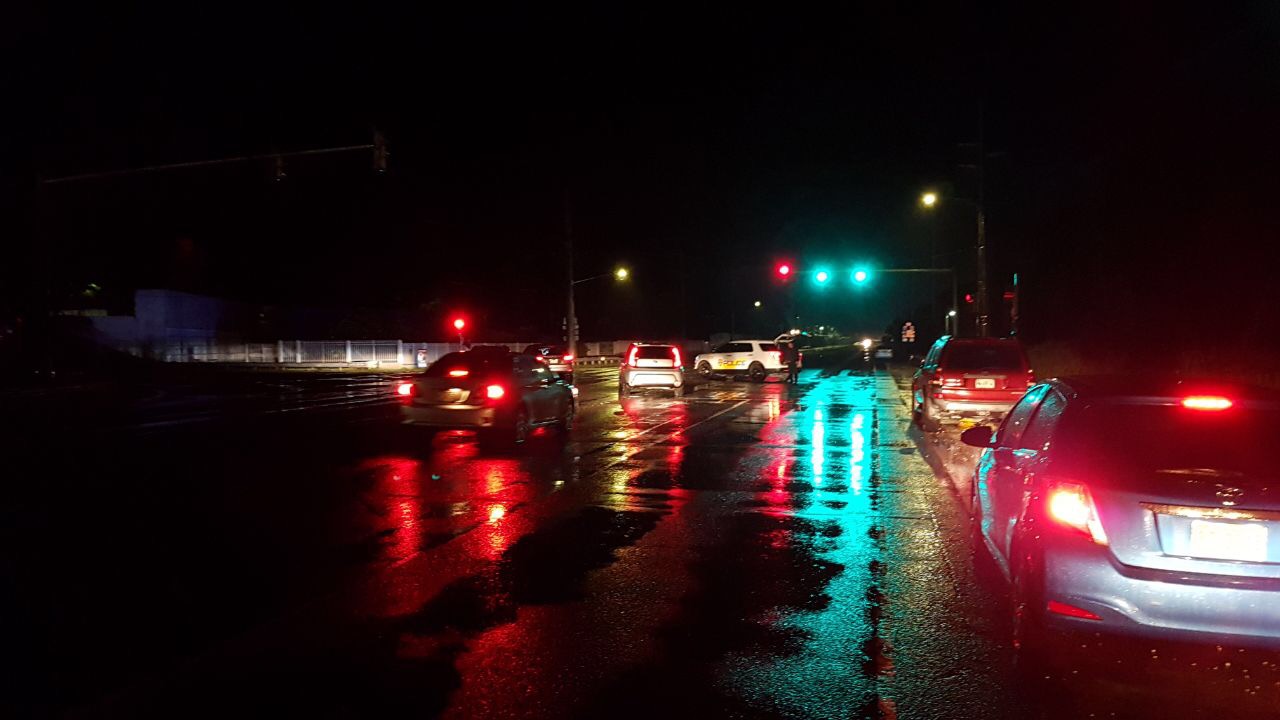 The drive remains in critical condition as of news time.

Guam – A man is in critical condition at Naval hospital after his vehicle overturned into a ditch on Route 1 near Polaris Point on Sunday evening.

According to GPD Spokesperson AJ Balajadia, the accident occurred at around 730 Sunday night, when the driver of a Jeep Wrangler was traveling southbound at a high rate of speed. Balajadia says the driver of the Jeep Wrangler clipped the rear right corner panel of a van before crossing over the median overturning off the roadway into a ditch.

Route 1 and Route 6, north and south bound lanes from Adelup to Polaris Point were closed for several hours as the Guam Highway Patrol conducted an investigation.

The male operator was transported to Naval Hospital, where he is being treated for head trauma. He remains in unstable condition.