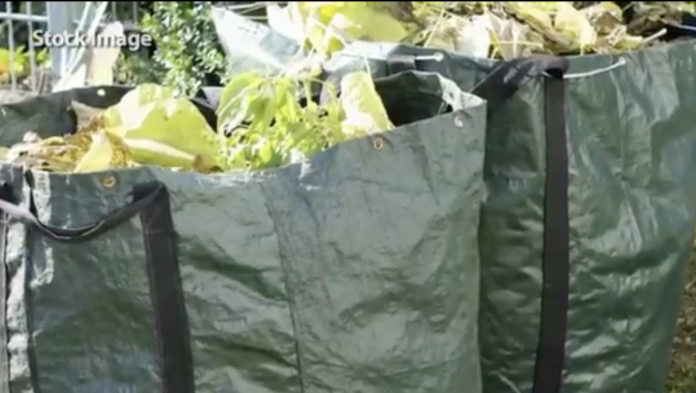 Guam – The man who was caught dumping illegally has come forward to share his side of the story. What started out as a seemingly harmless act has turned into a social media nightmare.

Jorge Ceria is the man depicted in the viral social media post that swept the island but according to Ceria it was for all the wrong reasons.

The video depicts Ceria illegally dumping in the Chalan Kotda area of Dededo. In the video Ceria appears to have just finished unloading something from his truck. While the video only shows Ceria tossing a tree branch into the jungle, in the background of the video an appliance is seen laying in the area.

The men heard in the video argue back and forth regarding who owns the property as the man who recorded the video believes that Ceria had dumped trash. Despite threats to call the police, Ceria proceeds to drive away leaving the discarded items behind.

The man who took the video believes this was the third time Ceria disposed of trash in the area. But Mayor Melissa Savares shared this is not the first time she has been contacted about the dumping in this particular area where only two houses stand.

“I remember several years ago when he contacted us and then there were white goods appliances at the time. We had a program for the disposal of appliances. I believe our guys went out there twice to remove the big stuff but you know … because the dogs get to the bags we removed the big items twice I believe in the past and then the dogs rip up the bags and its just littered all over,” Savares told News Talk K57’s Patti Arroyo.

But things are not always what the seem as Ceira explains his load contained green waste from post Tropical Storm Maria clean up.

“I asked my cousin who has a vacant lot in Dededo if I could place the natural debris on their lot which was already overgrown with vegetation. My cousin said it was okay to drop off the debris. During the course of unloading the green waste in the overgrown part of the area, I noticed with concern large articles of trash that were dumped by others in the vicinity, which I relayed to my cousin later that day,” Ceria explains.

It was then that Ceria was approached by a man holding a cell phone to his face.

“It’s a water well. You’re stuck already buddy, EPA is going to get you,” the man can be heard saying.

Ceria shared he was confused by the confrontation at the time and he did not understand why he was being confronted for placing green waste on his cousin’s property with permission.

Shamed and regretful, Ceria provided PNC with a statement that said, “I apologize to my fellow Guamanians and most especially to family and friends who expressed deep concern or experienced anxiety due to what transpired. Rather than disputing details of news stories, I’ve chosen to productively focus my efforts on setting things right and taking full responsibility.”

Ceria tells PNC that he has since learned that disposal of green waste even on on private property is against the law.

Guam EPA Spokesperson Nic Rupley has confirmed that under their guidance Ceria cleaned up the area yesterday retrieving the green waste he had disposed of three days prior.

The site cleaning produced two 30-gallon trash bags of green waste which he properly disposed of at the designated disposal sites. The cost of his actions, according to Rupley, landed him with a citation of $200.

“It is obvious with hindsight that this disposal fee is preferable to the $200 I had to pay as part of my littering citation,” shared Ceria.

For Ceria this is a teaching moment for others in the community.

“Please learn from my mistake and consider reuse of green waste by first thinking of mulching or composting. If you don’t have the space or means for reuse, please properly dispose of green waste through Guam EPA permitted facilities. For those in our community that are less fortunate or have green waste in quantities greater than they can handle, please reach out to your Village Mayor as they may be able to assist with collection and disposal. I hope to make the best of this experience by humbly looking at this as an unfortunate incident that others can learn from. I always tell my children that it is important that we learn from our mistakes and act accordingly. I hope my public apology inspires others to have the courage to show humility in making things right, whether it’s waste disposal or other matters,” he said.