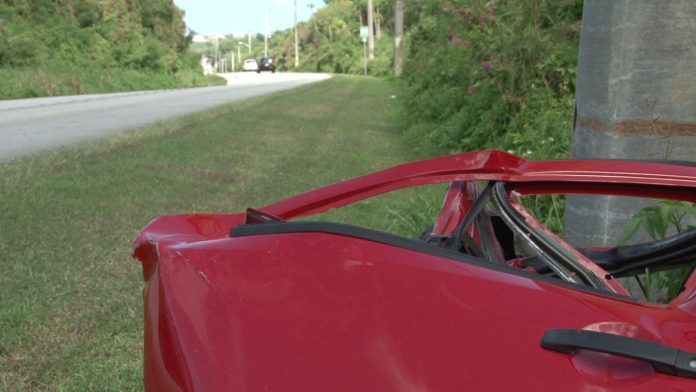 GFD units responded to the crash which happened between Togcha cemetery and the Country Club of the Pacific for a one vehicle accident involving an “auto vs. utility pole.”

Guam –  The man who was killed in the first auto fatality of 2016 has been identified and his cause of death has been determined.

According to GPD officer Paul Tapao, medical examiner Dr. Aurelio Espinola conducted an autopsy on 32 year-old Kantero Aled and determined that he died as a result of whiplash. On Sunday night, GPD and Guam fire officials reported a car accident along route 4 in Ipan/Talofofo. GPD officials say that Aled was driving a Red Nissan Frontier going southbound when he crashed into a utility pole. Aled was initially listed in critical condition but Tapao says he died of his injuries at 4:35 Monday morning. Aled was pronounced dead by lt. Commander J.F. Quail, a representative of naval hospital where the man was taken. According to Guam Fire Department spokesman Kevin Reilly, firefighters had to extricate the victim, who was the sole occupant of the vehicle. Rescue personnel performed CPR on Aled while en route to the hospital. This is the first auto-related fatality of the year on Guam.