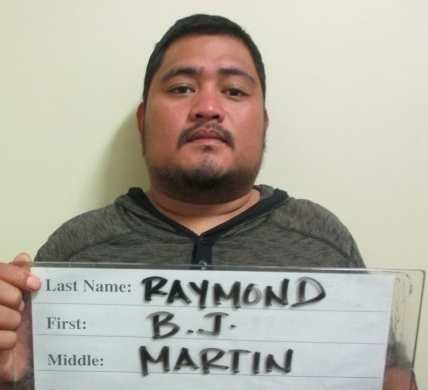 BJ Raymond is accused of following the teenager into a bedroom where the alleged rape occurred.

Guam – A man who’s accused of raping a teenager at a home where a rosary was being held is behind bars on $50,000 cash bail.

BJ Martin Raymond, 31, was charged with first degree and second degree criminal sexual conduct after police say he followed the teenage victim into a bedroom after a rosary

A complaint says he then ordered the girl to undress, fondled her, then raped her.

The girl told police that Raymond then told her not to tell her mother or anyone else about what happened.