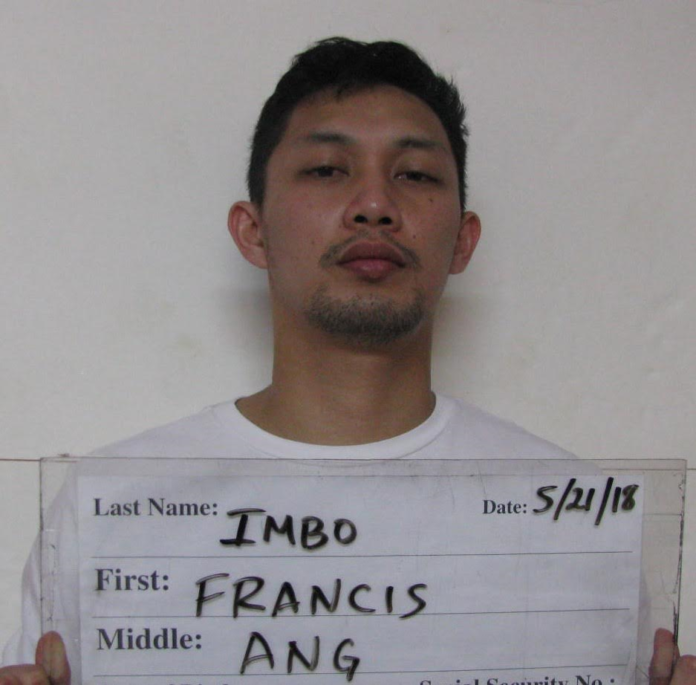 Guam – A man who assaulted and kidnapped his ex-girlfriend from the parking lot of the Micronesian Mall is now behind bars.

The victim was in the parking lot of Micronesian Mall with her current boyfriend when court documents state Francis Ang Imbo approached the car and began yelling obscenities at the couple while attempting to gain entry to the vehicle.

During the incident police say Imbo was challenging the victim’s new boyfriend to a fight, repeatedly slamming the vehicle’s door.  Court documents state the victim told her boyfriend to leave out of fear of Imbo and exited the vehicle in an attempt to calm him down.

As this occurred, the victim recalled being punched so hard that she lost consciousness.  Imbo then allegedly drove and parked in the Pia Marine Apartment Complex where after a period of time, Imbo instructed her to get out and leave.

The victim then walked back to the mall where she contacted police.

Imbo has been charged with kidnapping, burglary to a motor vehicle, aggravated assault, family violence, criminal mischief and assault.