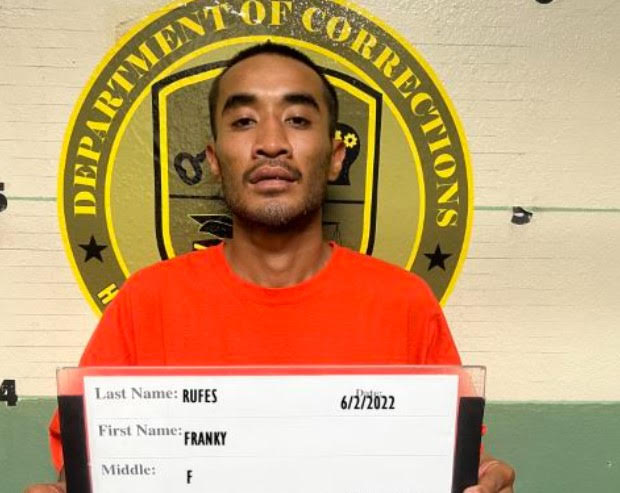 A man who is involved in a car theft case says that he won’t give up the name of the original car thief, saying that “he is not a ‘snitch.'”

29-year-old Franky Rufes is charged with theft by receiving as a 2nd-degree felony, and possession of a schedule II controlled substance as a 3rd-degree felony, both with a commission of a felony while on felony release and vehicle without identification as a misdemeanor.

According to a magistrate’s report, this past Saturday, the Guam Police Department noticed a Toyota Rav 4 that was missing its front license plate.

Court documents added that the car also had an uncommon color for its year and model.

Upon police investigation, they learned that the car was used in an unauthorized motor vehicle case.

Police stopped Rufes and told police he got the car from a friend but didn’t name the friend. The report adds that he also didn’t know who the owner of the car was and said he isn’t a “snitch.”

Rufes also denied stealing the car. Court documents say that Rufes was placed under arrest and pat down when police found a glass pipe with burnt residue. The pipe tested positive for methamphetamine.

On December 11 of last year, police spoke to a man, presumably the victim, who explained that he met with a female he identified as “Coco” who he drove around in the car with. She then asked to borrow the car and didn’t return it.