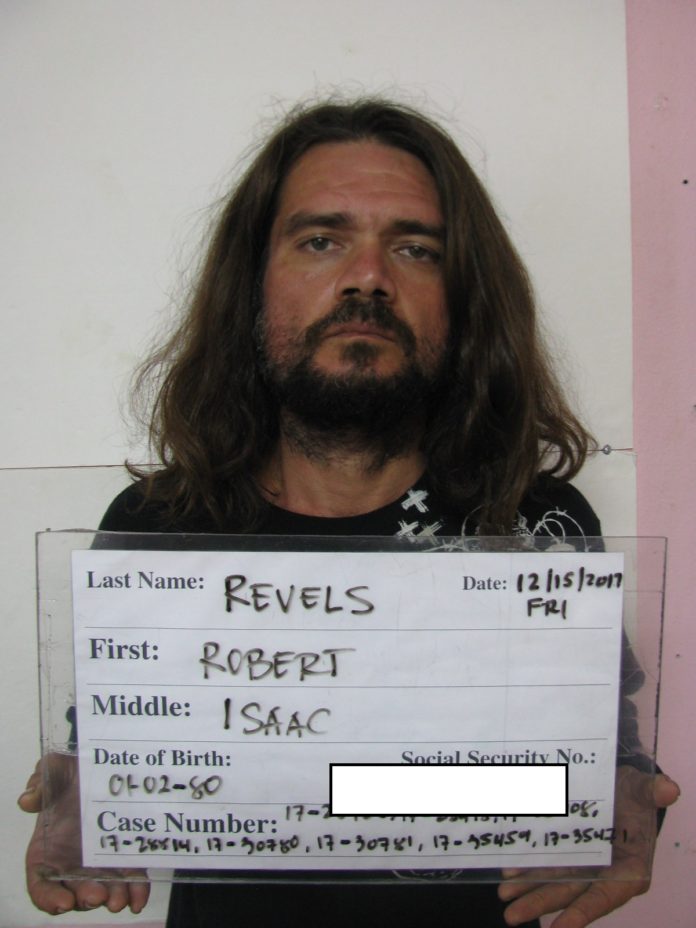 Guam – Its been less than three weeks since Robert Revels was released from jail and placed on house arrest, now he is back in jail facing new charges of theft and home invasion.

A man and two women locked themselves in a bedroom in an Asan home after seeing “the crazy guy” in the hallway outside the bedroom. That “crazy guy” was identified as Robert Revels.

According to court documents, police responded to a call that a stolen vehicle was seen in the Asan area, based on the information officers patrolled the area and identified a vehicle matching the description of the stolen car parked outside a home in Asan. Police were given permission to search the home and discovered that a bedroom and storage room were locked. From the bedroom emerged a man and two women, who told police they were hiding from the intruder.

The man told police that earlier that day Revels approached him asking for marijuana, twice, the second time he was allegedly seen pulling up in the stolen vehicle. It was then that court documents state that Revels saw GPD pull up and ran to the south side of the house. Police found Revels in the storage room.

He was arrested for Home invasion, theft by receiving a motor vehicle, resisting arrest, and criminal trespass. he was booked and confined.