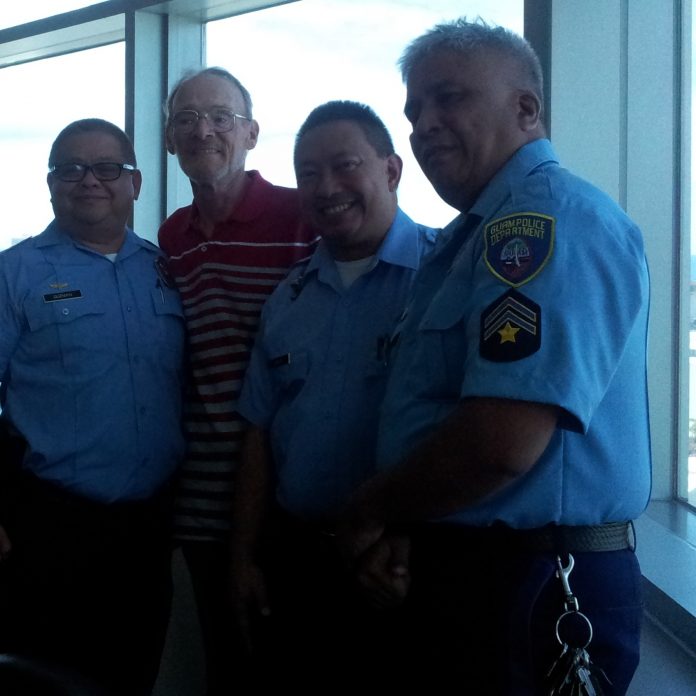 Guam – It was an emotional reunion. Jay Lach and his daughter Shannen Lach Kameya sat down with some of the officers who saved his life on K57 this afternoon.

“I saw him in the vehicle i saw him pinned and i did not want to witness somebody die in my presence,” Officer Allan Guzman said during Patti Arroyo’s mid-day program.

15 days ago Lach’s car hit a concrete pole, knocking him unconscious. Officers spent 10 to 15 minutes prying open the vehicle so they could pull him to safety.

Officer Guzman, Darly Quitugua, John Camacho, Brian Gumataotao, and Keane Pangelinan and civilian Kenneth Cepeda Lupera were all given the Governor’s Latte Award for their parts in the rescue.