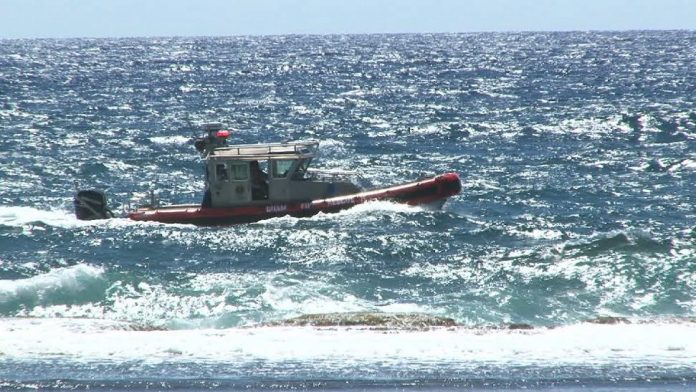 Guam – One man has died and rescue crews are still searching for another man in the waters off of Ipan. Two fisherman were swept out over the reef yesterday at first beach and crews have been searching for one of the men since.

Rescue crews have been combing the waters off of Ipan since yesterday afternoon as they continue to search for Rodriguez. “Shortly after that we had our rescue boats in the area doing search they stayed all the way until about 8pm. U.S. Coast Guard kept their boat out all night then first thing this morning at first daylight Guam Fire Department rescue boat along with two jet skis and Guam Police also have a boat in the area doing surface searches at this time,” said Lt. Artero.

John told PNC that his brother Greg and their step father Joe were fishing near the reef line when Greg got his rod stuck. Joe then went to help him but the waves took them into the water.

Search efforts are continuing. Lt Artero tells PNC that the length of the search efforts depends on the conditions.