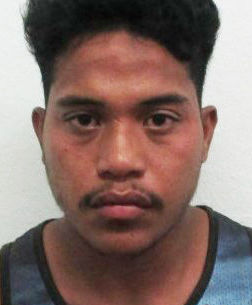 Guam – It’s a reminder that you should always be aware of your surroundings, especially when withdrawing money from an ATM.

In that moment an individual identified as Reynold Jay Benjamin John, ran up to the ATM and allegedly snatched the money out of the victim’s hand.

Nearly one month later police were able to track down the suspect who was being held at the Department of Corrections in an unrelated case.

John was positively identified by a witness through a photo lineup.

He was charged with third degree robbery.

He was booked and reconfined.