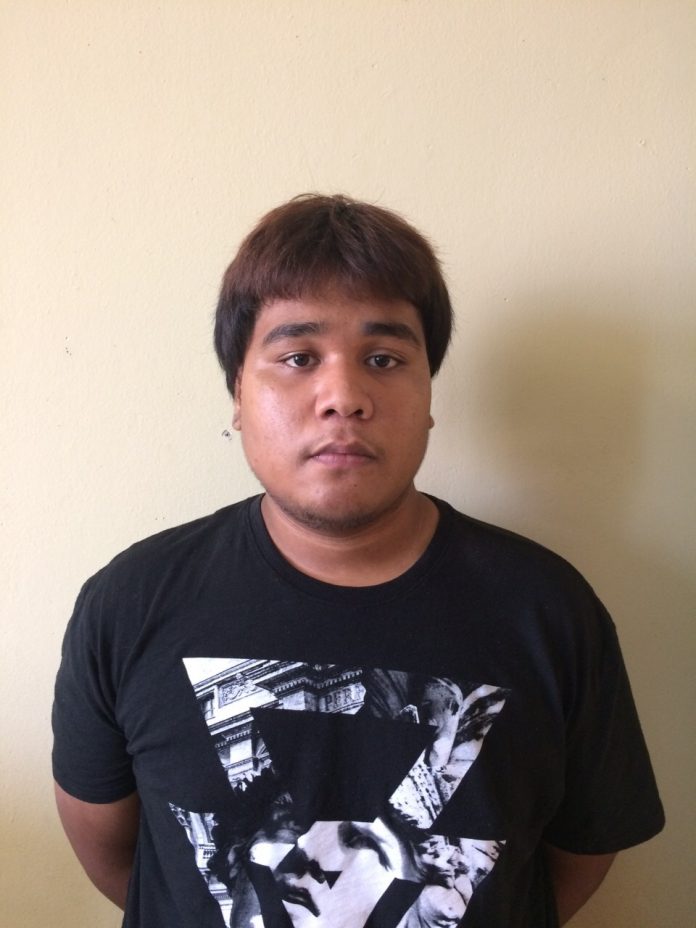 Bernard Jr. Kirielmo was charged with assault as a misdemeanor.

Guam – The man police believe was seen on surveillance footage attacking a high student has been arrested. And the attack was all caught on camera.

Police say Kirielmo attacked a 17-year-old John F. Kennedy High School student Monday morning around 6 as she was walking to her bus stop. It happened in Harmon near the Sweet Home store along Route 16.

In the video, the suspect appears to be kicking and punching the victim.

The magistrate reports says that after the video circulated on social media, neighbors at the Hemlani apartments reported Kirielmo to police and provided his apartment number.

Kirielmo was interviewed and police say that he admitted to consuming two six packs of beer on the morning of the assault, but that he doesn’t recall attacking anyone.

However, Kirielmo told police that he later saw the video circulating on Facebook and realized he was the attacker seen in the video. Kirielmo was booked and confined.