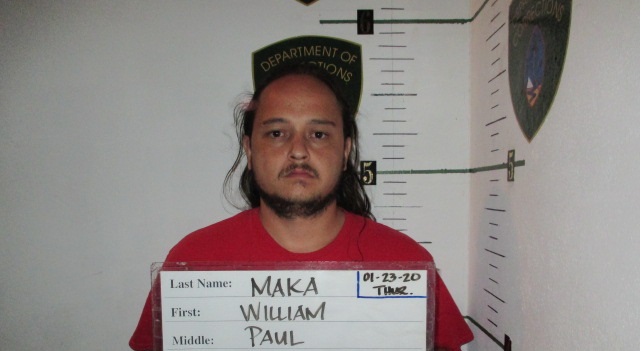 The man who was shot last Friday at Tanguisson beach was actually the shooter.

26-year-old William Paul Maka admittees that there was no hunter, and that he injured himself.

PNC Previously reported that the Guam Police Department responded to a call of a shooting at Tanguisson beach, the victim, who is now identified to be Maka , said that while he was at the beach, he was shot by an individual wearing camouflaged clothing, claiming that the person could have been a hunter.

However, GPD says that there was no evidence of an assailant or other firearms when Detectives from the Criminal Investigation section, along with Crime Scene Investigators investigated the scene.

GPD says that during Maka’s hospitalization – he underwent surgery to remove the projectile , which was identified to be a nut and bolt, from his arm.

Upon recovery, Maka admitted that he made up being shot by someone else, and that he created a makeshift firearm to shoot birds at the beach.

Maka says that his makeshift weapon malfunctioned and exploded in his hands, causing the nut and bolt part of the weapon to get lodged in his arm.

Maka was arrested for Possession of a Firearm Without a Valid Firearms ID, Possession of an Unregistered Firearm, Reckless Conduct and Obstructing Governmental Functions.

He was Booked and Released.