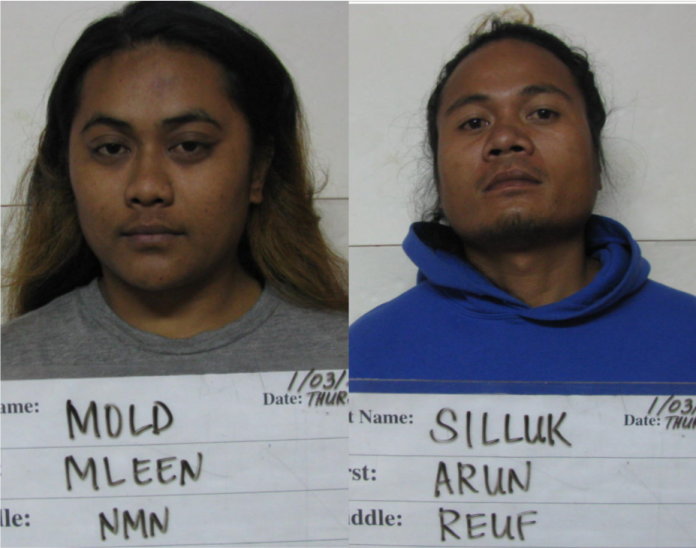 Guam – When police arrived on scene at the Hemlani’s apartments in Harmon they discovered a man had been stabbed multiple times after a fight broke out at the complex on New Year’s day.

According to court documents, the victim was stabbed by Arun Silluk and he allegedly had help from Mleen Mold who pulled the victim’s hair while he was stabbed.

At the scene officers say the found Silluk holding a knife and a pocket knife was found by officers at the location and confiscated.

The victim was transported to GRMC to be treated for his injuries.

Meanwhile the alleged assailants were arrested and charged with aggravated assault with the special allegation of use of a deadly weapon in the commission of a felony.